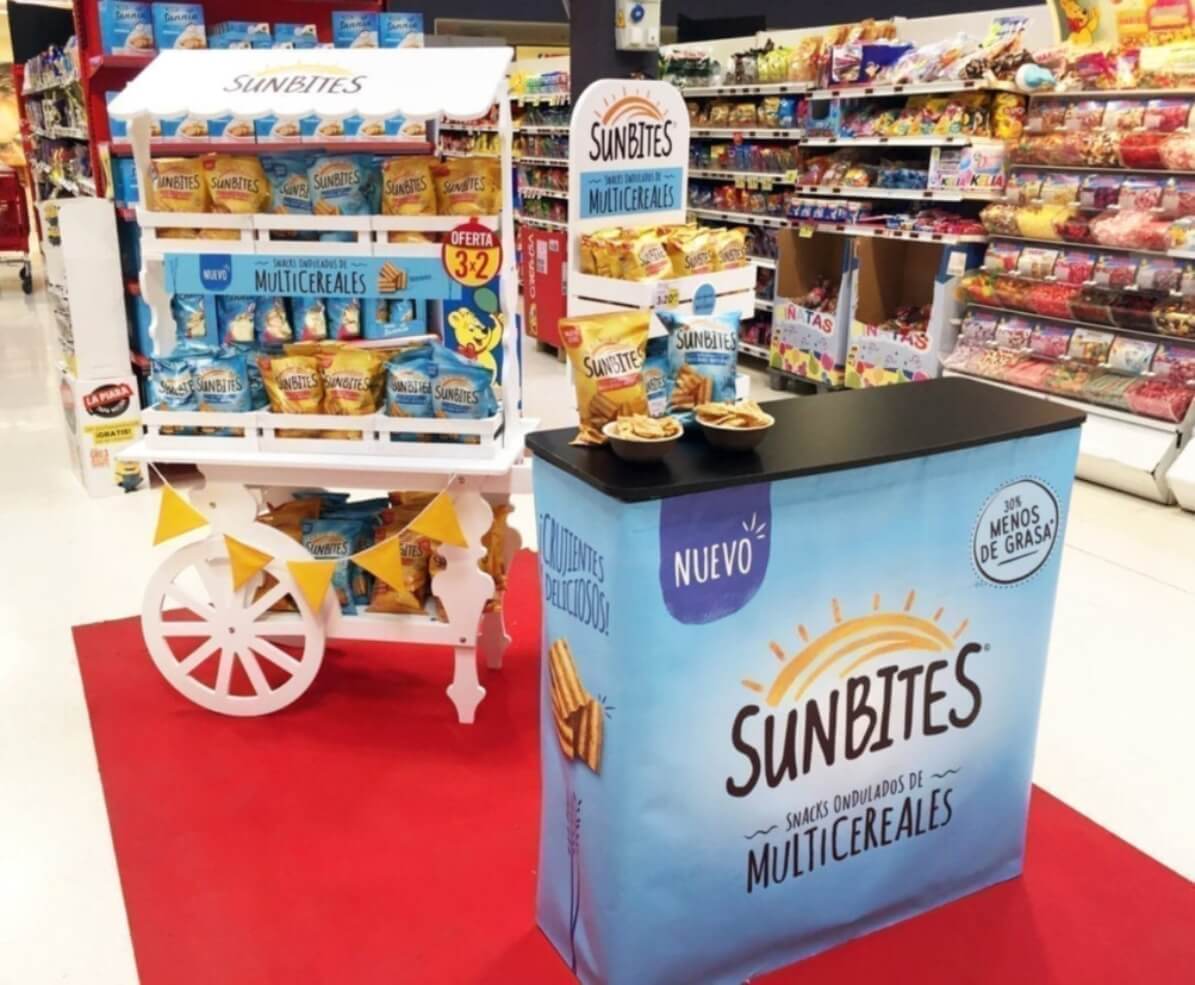 Tastings, PepsiCo’s strategy for its new line of snacks.

Sunbites is a crunchy and delicious snack made from multigrain (oats, wheat and corn) with 30% less fat* (* vs. the average crisps and salty snacks on the market), which not only gives you a delicious taste but will also accompany you in your moments of relaxation.

For its launch, PepsiCo wanted to rely on Grupo WDi in order to make itself known to consumers.

To this end, it was decided to carry out a series of tastings at different points of sale throughout Spain.

As it was a new product, the first step was to get in touch with it and get to know the new brand in depth: to know its characteristics, what makes it different from the rest, what qualities we had to highlight, what its public expects, its lines of communication…

After this first phase of research, it was concluded that an eye-catching and attractive point-of-sale activation had to be designed to attract new consumers.

For this purpose, the design and production of different Sunbites POS elements was carried out: floor display, display trolley and counter.

For our client, the most important objective was to convey to consumers that Sunbites, the new snack, is made from multigrain (oats, wheat and corn) and has 30% less fat* (* vs. the average potato crisps and salty snacks on the market).

Thus, all the POS elements of the action were developed in wood in allusion to the naturalness of the product, which also makes them durable and resistant so that they can be used on more than one occasion.

Once all the POS elements had been designed, the action plan was developed to be present in 31 points of sale throughout Spain belonging to different retailers: Eroski, El copete Inglés, Hipercor…

Once the materials arrived at the points of sale, it was time to coordinate the action with the promoters, who had to offer the product to consumers and inform them of its characteristics.

The result of this campaign was spectacular, many of the onlookers who came to our exhibition were delighted with both the decoration and the product, proof of this was that in many centres Sunbites were sold out of stock. 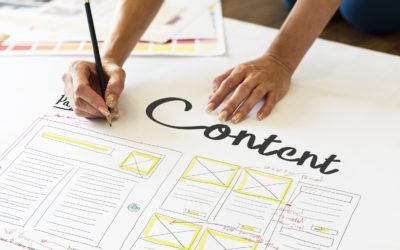 What Marketing trends await us in 2022?

The marketing trends of 2022 will be characterized by a changing customer-agency relationship and content creation. Want to know more? 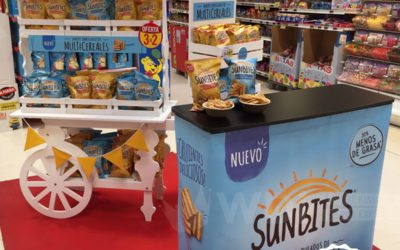 POS VISIBILITY TO TRANSFORM INTO SALES 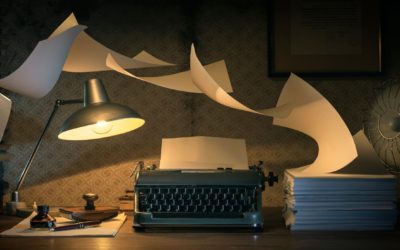 STORYTELLING AS A THREAD IN 360º CAMPAIGNS

Storytelling is fundamental as a thread in 360 campaigns, giving coherence to all the pieces of the campaign.

If what your company needs is a trustworthy agency, we are willing to give the best of our kingdom for you.

Your crown is closer than you think.